Dandruff can affect your beard hair in just the same way that it can affect the hair on your head.

Beard dandruff can be uncomfortable and unsightly, and it can have a big impact on your confidence. You want your facial hair to feel well-groomed, but an itchy, flaky beard can get in the way of that, leaving you feeling far from your best.

However, you don’t have to live with beard dandruff – there are ways of managing this irritation so you can carry on looking and feeling like the very best version of yourself.

What is Beard Dandruff?

Beard dandruff looks pretty much the same as the dandruff many people experience on their heads. 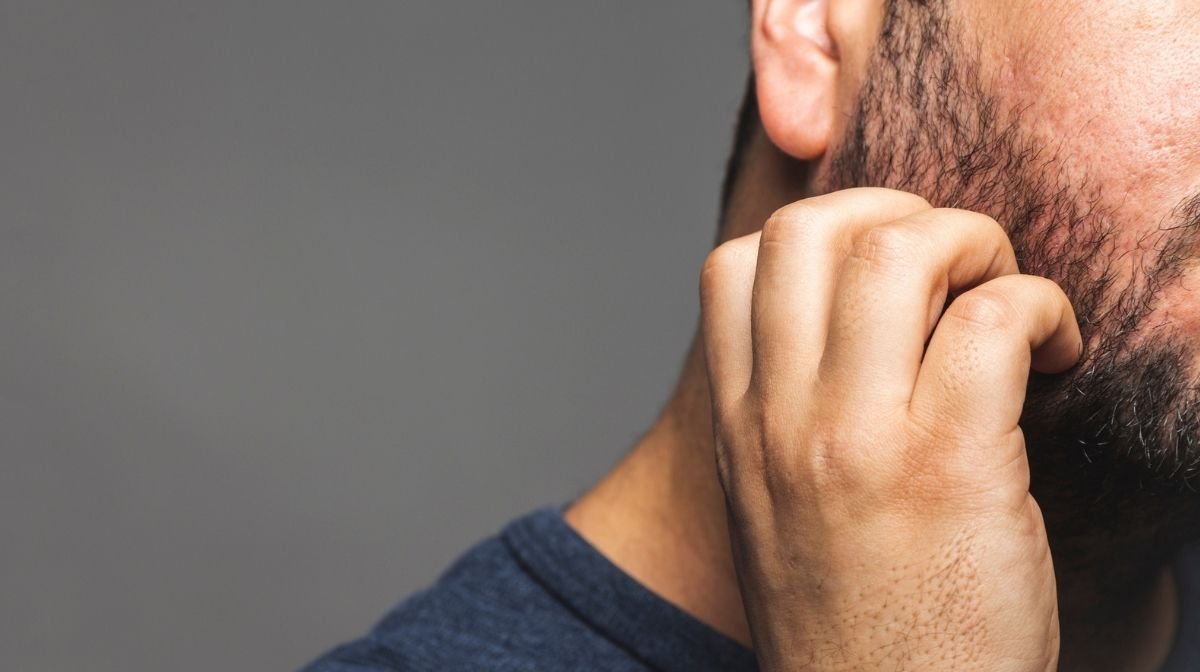 Dandruff can look similar to dry skin – it typically takes the form of small, white, itchy flakes of skin – but it’s actually a fungal condition, which is scientifically known as seborrheic dermatitis.

While you might not hear many guys talking about beard dandruff, it’s actually very common.

Beard dandruff can be caused by a microbe called Malassezia globose, which naturally grows on areas of skin where there are lots of sebaceous glands, such as your scalp and your face.

This microbe plays a key role in breaking down the sebum that can cause oily skin, but it can leave behind a substance known as oleic acid, which can be irritating to the skin, causing dandruff.

Other causes of beard dandruff can include:

How to Get Rid of Beard Dandruff

To get rid of beard dandruff, a consistent routine is key, as is perseverance. If your efforts aren’t successful, you may want to speak to a dermatologist to get further advice on caring for your skin.

You might also choose to shave off your beard completely – if that’s the case, the King C. Gillette Beard Trimmer is the perfect tool.

Use the beard trimmer to cut down longer beard hair before using our King C. Gillette Double Edge Safety Razor to get a clean shave across the rest of your face. Modelled on the iconic original safety razor launched by King Camp Gillette in 1901, this razor is designed to deliver a close, smooth shave.

However, if you do want to persevere with your beard, follow these five steps on a regular basis to keep your beard dandruff under control:

Starting your grooming routine by brushing your beard can help to exfoliate your skin before shaving, while bringing any dandruff to the surface, making it easier to wash out.

If you don’t have a beard brush, take the time to exfoliate your skin properly after cleansing. Using a gentle facial scrub can help to remove any dead skin cells and dirt, oil and bacteria that could cause your beard to itch or even smell.

When your beard is properly clean, it’s ready for trimming. Use the King C. Gillette Beard Trimmer, which has a choice of three interchangeable combs and 11 different length settings to help you to achieve your perfect look.

Regular trimming is essential, as dandruff may be more likely to show up in facial hair that’s longer, darker and thicker.

5. Use a Post-Shave Balm

Learn more about the benefits of introducing beard oil to your grooming routine:

How to Dispose of Razor Blades

Sustainable Shaving: How to Take Care of Yourself…

Argan Oil, A Wonderful Product For Your Skin and Beard

5 Mistakes to Avoid If You Have A Long Beard

5 of the Best Beard Styles for Oval Faces