In a new 12‐week clinical study, SkinGuard Sensitive users experienced a significant reduction in
the incidence of Razor Bumps (Pseudofolliculitis barbae), the most common shave related skin
problem amongst men of African ancestry

For more than a century, Gillette has vowed that all men deserve to look and feel
their best – including those who suffer from sensitive skin or symptoms of shaving irritation.
And according to new research findings, the recently launched SkinGuard Sensitive razor is also
helping men who are susceptible to razor bumps, also known as Pseudofolliculitis barbae or
PFB.

Results from a recent clinical study from Wake Forest University revealed that the incidence of
men’s razor bumps were reduced on average by 60 percent after 12‐weeks daily shaving* with
Gillette SkinGuard Sensitive. Additionally, respondents said the improvement also prompted
significant, emotional and social benefits, such as feeling more attractive, more confident and
more comfortable getting closer to others. 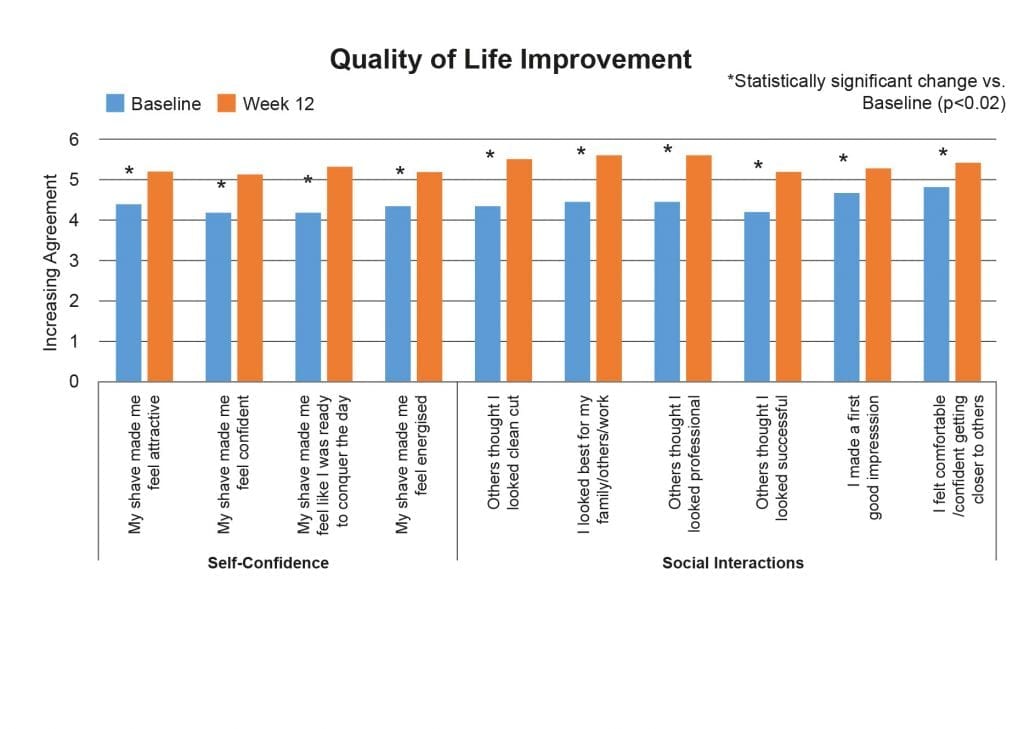 “With these ground‐breaking results, a daily shave with a razor blade is no longer ‘too close for
comfort’ for men with PFB,” said Professor Amy McMichael, MD, Professor and Chair of the
Department of Dermatology at Wake Forest Baptist Medical Center. “As the study revealed,
Gillette SkinGuard Sensitive significantly reduces the occurrence of razor bumps and
significantly improved the skin`s appearance, enabling men with PFB to have an improved and
more comfortable shave experience as compared to their previous shaving habits.”

Razor bumps occur most often in men who are of African or Indo‐European ancestry due to the
extreme curl of the facial hair often seen in these groups of men, but can affect men and
women of all ethnicities.

When do Razor Bumps occur?

Razor bumps can occur when the body’s natural “defense system” is triggered by the regrowth
of cut hair back into the skin. This can create inflamed, and sometimes painful, bumps, or
papules, occurring most commonly in the neck and under the chin.

Gillette SkinGuard Sensitive addresses Pseudofolliculitis barbae through an entirely new design
philosophy: It includes a bridge element which separates 2 low cutting force blades which are
optimally positioned versus the skin. The SkinGuard Sensitive‐bridge feature absorbs force from
the hand to reduce blade pressure on the skin, and smooths the skin to create a more even
shaving plane while raising the blades slightly away from the skin surface to minimize blade
interaction with skin. The 2 low cutting force blades ensure that the hair is only touched by the
blades up to two times per shaving stroke and that the hair is cut to the level of the skin surface. Low cutting force blades put minimal stress on the hair follicle and reduce the tug and pull effect that can cause irritation and inflammation.

Similar to Fusion ProShield, SkinGuard Sensitive also has lubrication before and after the blades
to minimize friction during the shave.

“SkinGuard Sensitive is designed to address the unmet needs of men who suffer from PFB, and
we’re delighted that this clinical study confirmed its effectiveness,” said Troy Nimrick, R&D
Director, P&G Grooming. “The evidence that it can significantly reduce the occurrence of razor
bumps in a way that is meaningful to men has made SkinGuard earn a place as an effective
shaving option for men with PFB.”

Results from this study will be presented at the 24th World Congress of Dermatology in Milan,
Italy, June 10‐15, 2019. If attending the World Congress of Dermatology, please visit the P&G
booth #C68 and/or attend the Gillette Meet the Expert session entitled “Male facial hair
removal and its impact on skin” on June 12th from 18:30‐19:30 in the Milano Congressi Amber
1 room where Prof. McMichael will give a talk on these new clinical findings.

Details on the Study Methodology:

The randomized, investigator‐blinded study included 20 men aged 20‐60 years with at least a 2‐
year history of razor bumps and with symptoms of mild to moderate razor bumps irritation and
razor related inflammation of the hair follicles based on Investigator Global Severity
Assessment.

The subjects were given the new razor technology, SkinGuard Sensitive, and were asked to
shave daily* over the course of 12 weeks, with their regular shave preparation products. The
subjects were evaluated at baseline, and at weeks 4, 8, and 12. Evaluations included
quantitative lesion counts, Investigator Global Severity Assessment (IGA) and a subjective
Quality of Life questionnaire. 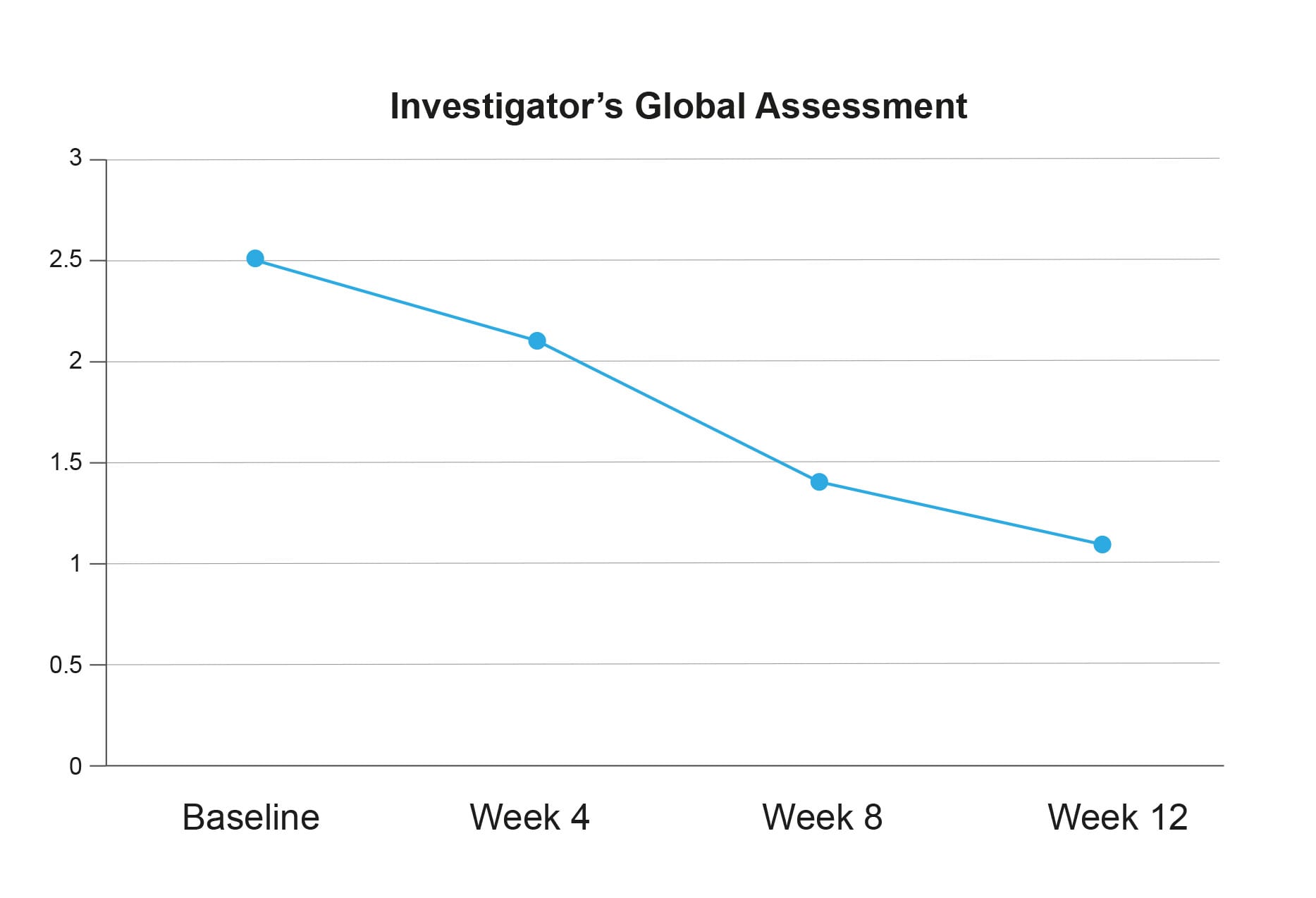 For more than 115 years, Gillette has delivered precision technology and unrivalled product
performance – improving the lives of over 800 million consumers around the world. From
shaving and body grooming, to skin care and sweat protection, Gillette offers a wide variety of
products including razors, skin care (shaving gels, foams and after shaves, antiperspirants,
deodorants and body wash.

*Daily is defined as 5+ times per week

How to Shave Your Face: The Science Behind Shaving

How to Shape a Beard Neckline