The Impact of Sleep Deprivation on Skin

Home › The Impact of Sleep Deprivation on Skin

Sleep is a vital window for the body to recover and regenerate. A sleepless night can have a detrimental effect on the appearance of skin as, with five million sensory cells, it is the body’s largest organ. Here’s how sleep deprivation affects our skin: A sleepless night can be the reason why our skin looks grey after a bad night.

In May 2015, Daily Mail writer, Sarah Chalmers (46), took part in a week-long study organised by the London Sleep School to assess the impact of sleep deprivation on skin.

The study required Sarah to reduce her sleeping time by 25% each day. This meant that over the course of 6 days, she only got 10 hours of sleep (with the first 4 coming from night 1).

In addition to fatigue and difficulty concentrating, the journalist also noticed changes to her skin.

Dark circles, drawn lines, enlarged pores, blemishes and a dull complexion left her with a visibly flushed face. “In just five days, the pores in my skin doubled in size and the redness on my face increased by 50%,” she told the Daily Mail.

The Chronobiology of the Skin

Skin cells function differently at night than they do during the day. During the day, skin cells act as a shield and protect the body from external aggressors – pollution, UV radiation, etc. However, at night, while we’re sleeping, they are free to devote themselves entirely to repairing and regenerating themselves. Blood circulation speeds up, as does the production of collagen and elastin.

Between midnight and 4am, during the deep sleep phase, the multiplication of stem cells (the only cells in the body that can generate new cell types) reaches its peak. At this time, skin is at its most permeable – open to receiving the active ingredients found in night-time beauty products that support cell regeneration and epidermis repair.

“When we sleep, there is an increase in collagen synthesis and blood flow,” confirms Professor Ladan Mostaghimi as part of his study on sleep and chronic skin diseases. The professor at the Department of Dermatology at the University of Wisconsin School of Medicine and Public Health goes on to state that “skin temperature, permeability, PH and transepidermal water loss are different during sleep and insomnia. It’s partly the increase in blood flow that helps to get a glowing complexion in the morning after a good night’s sleep.”

Dr Anita Sturnham, a dermatologist and founder of the Nuriss clinic in London, elaborates on Professor Mostaghimi’s point by stating in an interview with the Daily Mail that “sleep deprivation makes the complexion dull, accentuates wrinkles and dark circles”. 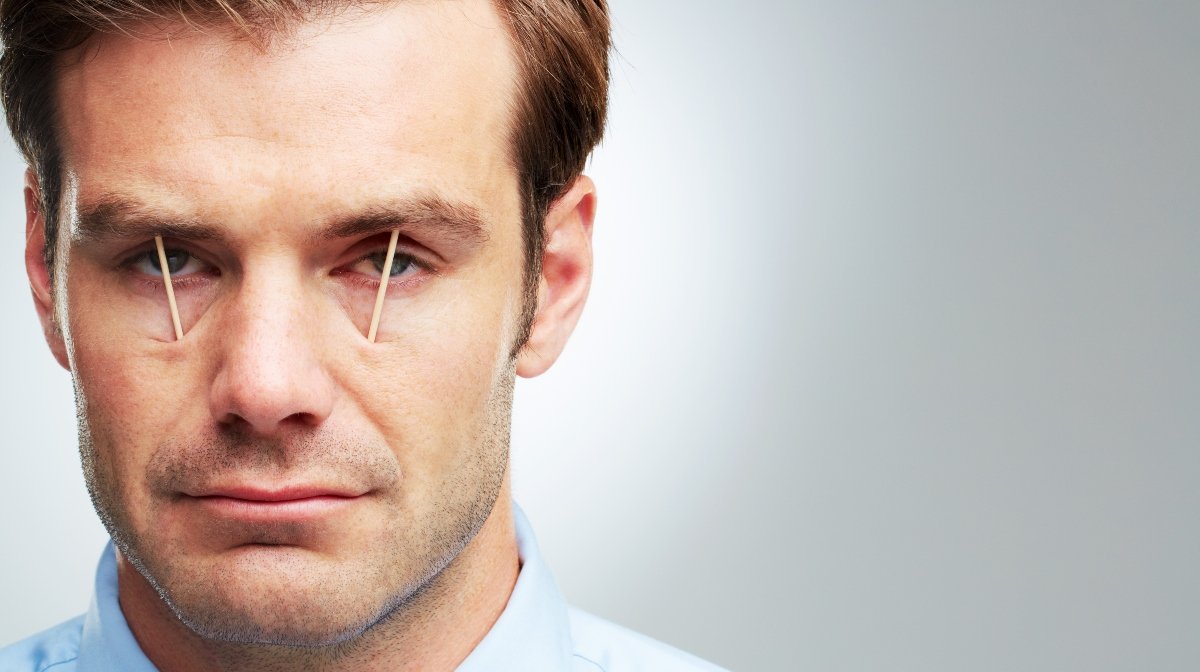 How Sleep Deprivation Affects Our Hormones

Lack of sleep, either because we go to bed late or because we are awakened several times during the night, disrupts the chronobiology of the skin. Deprived of this resting time, the cells, whose activity evolves during the night, work at low speed and the barrier functions of our body envelope are at a standstill. “Sleep deprivation makes the complexion dull, accentuates wrinkles and dark circles”, confirms Dr Anita Sturnham, dermatologist and founder of the Nuriss clinic in London, to the Daily Mail.

But sleep deprivation also has an effect on hormone production.

Dr Sturnham, in her Daily Mail interview, goes on to say that “increased secretion of cortisol has an effect on the skin and leads to accelerated ageing. This hormone degrades collagen and affects elasticity,” says Dr Sturnham. It also increases sebum production, causing shiny skin and enlarged pores. This is particularly noticeable in men, who have more sebaceous glands.

Increased secretion of cortisol has an effect on the skin and leads to accelerated ageing. This hormone degrades collagen and affects elasticity,” says Dr Sturnham. It also increases sebum production, causing shiny skin and enlarged pores. This is particularly noticeable in men, who have more sebaceous glands.

How Sleep Deprivation Affects Circulation and Skin’s Ability to Heal

Sleep deprivation can also affect the body’s circulation – making it less efficient and preventing skin from healing fully. This results in an exhausted appearance.

Toxins and blood pigments can accumulate under the eyes – where the skin is up to four times thinner than on the rest of the body – leading to bags under the eyes and blue or brown circles.

For Dr. Ladan Mostaghimi, there is no doubt that good quality sleep is probably one of the most effective beauty tips. 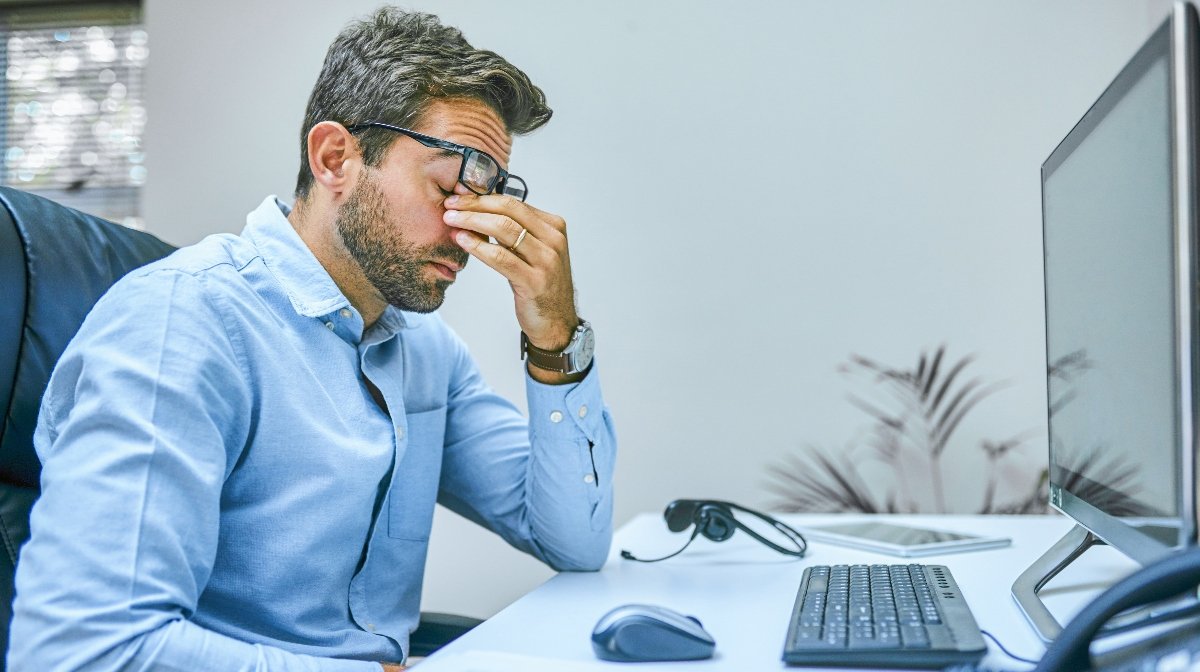 Is Beautiful Skin Possible Even When Sleep Isn’t?

While there is no substitute for sleep, there are things you can do to mask the signs of sleep deprivation.

If you wake up feeling exhausted, splash cool water on your face to wake your skin up, wash it with a face wash, then apply Gillette SKIN moisturiser – formulated with shea butter and vitamin E to nourish and reinforce your skin’s natural barrier.

If shaving is part of your usual morning routine, make sure you use a shave gel or foam that’s designed to give your skin as much protection as possible to make up for a weaker barrier. Our Gillette SKIN shave gel and shave foam are designed to lessen the friction between the skin and the blade and is scented menthol for a vibrant wake-up call.

Follow this up with our Gillette SKIN aftershave balm which is rich in the antioxidant, vitamin E and the pro-vitamin B5 as well as shea butter, to soothe and moisturise skin after your shave.

However, as much as possible, do try to get the sleep your body needs. This starts with designing a bedtime routine that allows you to relax and drift off. For one, try reducing your screen time towards the end of the day.

The National Institute for Sleep and Vigilance explains that “the blue light of (screens)…strongly stimulates the receptors on the retina, sending a ‘daytime’ signal to the biological clock which delays sleep”.

Other things you can do for a better night’s sleep is avoiding caffeinated drinks after 4pm and large meals just before bed (aim to have dinner at least 4 hours before going to bed).

Flower Beards: Would You Rock One?

How to Grow a Hipster Beard

Why You Need A Beard Shampoo in Your Routine

How to Grow a Chin Curtain Beard