How to Grow & Shape Your Sideburns

Home › How to Grow & Shape Your Sideburns

So, you’ve been toying with the idea of getting a little sideburn action going. Now, before you let anyone tell you it’s a dated 70s look, remind them that your style choices are perfectly in line with current trends. In fact, sideburns are very 2022.

This style first became popular in the 19th century – the name comes from the American Civil War Genera Ambrose Burnside. Fast-forward to the 21st century, and sideburns are pretty much synonymous with cyclist Bradley Wiggins, while Hugh Jackman is often seen sporting this style too.

The truth is, sideburns, mutton chops, sideboards – whatever you wish to call this pesky side hair – isn’t for everyone. But that’s precisely why we like this style, and why you should too.

You would think it’s pretty straightforward right? But people do get confused about where sideburns start and finish. They’re somewhere between facial hair and an extension of your hairstyle.

Sideburns are facial hair that extends from the hair in front of the ears, in a downwards direction towards the chin, but usually stopping in line with the ear lobe. One thing to avoid is uneven sideburns as these won’t complement your beard styling. Nevertheless, sideburns are a statement style for people oozing with charisma and creativity and add panache to any occasion. Men without sideburns take note, the (totally non-fictional) board of beard experts has reported men with sideburns consistently have more fun!

Think you’ve got what it takes to pull off sideburns? Then this article is for you. Read on to find out how to grow sideburns and how to maintain this characteristically funky look.

How to Grow Sideburns

First off, sideburns aren’t no side project. Just because they occupy that very special place at the side of our faces doesn’t mean they don’t demand your prime attention!

So, expect to show your facial side hairs the same amount of dedication as you would with your whiskers or chin beard. First time sider? Here’s a few tips to get your sideburns growing.

To get short sideburns, grow your beard for about three to four weeks before shaping it into your desired sideburn style.

Once you’ve got a decent amount of facial hair, use your preferred sideburn trimmer to trim off the excess hair off your neck, cheeks and chin. Use a trimming tool like King C. Gillette Beard Trimmer Beard Trimmer to get a precision trim and close shave.

Now, shave the hair that extends from your ear to create a strip. It’s up to you how thick or thin you want the strip to be. For the mutton chop look, keep it thicker, if you want a sleeker style, then opt for thinner.

Were you overzealous with the trimming tools? Are your sideburns cut too high? Depending on how much you shaved off, you could opt for short sideburns that end closer to your ear or mid-way between your ear and chin.

Looking how to grow long sideburns? Simply follow the steps outlined above but trim away less of your beard to begin with and let the beard strip end closer to your chin.

In order to keep your sideburns looking smart, they’ll need to be trimmed regularly. Grooming them the right way will undoubtedly add tons of character and style to your face. This guide will help you with useful maintenance tips from trimming your sideburns to styling them.

How to Shave Sideburns

To keep your sideburns in check, arm yourself with a good beard trimmer. Gillette’s All Purpose Styler makes learning how to trim beard sideburns that touch easier, thanks to its many settings and specifically designed combs.

The Gillette Styler comes with three interchangeable combs (2mm, 4mm and 6mm), but you’ll probably want to stick with the 2mm comb for your sideburns, as these should be shorter than the rest of your hair. Proceed with caution whilst figuring out where you should cut your sideburns, remember that you can always take away a little more hair if you need to, but you can’t add more back on!

If your hair is curly or grows particularly quickly, you might find yourself trimming your sideburns every few days to keep them looking well-groomed. As the All-Purpose Styler is 100% waterproof, you can use it in the shower, making that morning routine just that little bit more manageable!

Do your sideburns have the habit of creeping further down your face? Stop this from happening by getting a closer shave along the edges. We recommend using the Gillette SkinGuard Sensitive Razor as the answer for how to get sideburns even while still achieving a close but comfortable shave.

Want to protect your skin from irritation? Make sure you lubricate your face with a shaving gel or foam such as our Gillette SkinGuard Men’s Shaving Gel before you start to trim sideburns.

How to Style Your Sideburns

Styling your sideburns all comes down to the amount of hair you have, both on your face and scalp. In fact, when deciding how to cut your sideburns, you’ll also want to think about how to balance them with the rest of your facial and head hair.

Got a thick head of hair? Go for the unmistakable mutton chop style. Have a smaller face shape? You might want to pair your sideburns with a neat goatee beard.

If you’d like your sideburns to frame your face, you may want to extend them even further into a chin strap beard that will give extra definition to your jawline.

And thanks to the Gillette All Purpose Styler Beard Trimmer, if you get bored of the chin strap and miss your bold sideburns, simply trim, shave and edge until you’ve got the look back that makes you feel like the very best version of you. 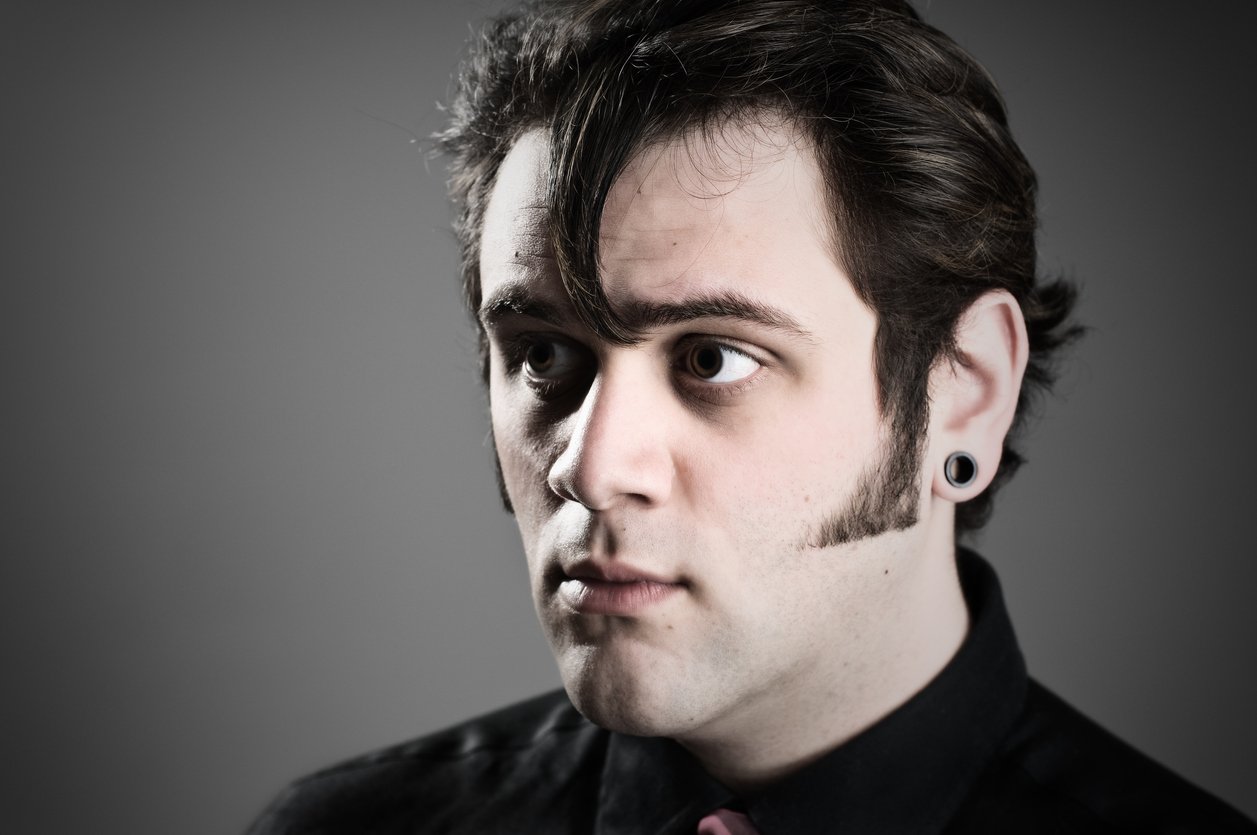 Sideburns are a fun style that can take on many different shapes and sizes, from the sweet short sideburn style and the sideburn moustache combo all the way to the swanky long sideburn styles.

If you’re going for long sideburn styles, you might be thinking of the mutton chop. This style is packed with attitude and will undoubtedly get heads turning! To achieve this look, make sure to leave a wide strip of hair that goes from your ears to the sides of your chin.

If you’re blending sideburns into beard, you can help your sometimes-stubborn hairs connect by gently brushing them with a beard brush. Remember to keep your style in check by using beard balms like King C. Gillette’s Beard Balm which also nourishes the hairs keeping them supple and soft.

Opting for the short sideburn look? You could keep it simple but swish by shaving your side hairs closer to the ear and keeping the strip thin.

Alternatively, you could get creative and opt for a stylish look known as a la Suvorov, named after the Russian General Alexander Suvorov, known for his distinctive short sideburn style that connected to a thin moustache.

To achieve this look, use your sideburn trimmer to create a thin strip of facial hair that blends your sideburns into your moustache.

Now that you know how to grow sideburns and which styles to go for, we’re sure you’ll have fun styling your swanky new beard with your impeccable style, oozing confidence, and poise!

How long does it take to grow sideburns?

Sideburns can take up to six weeks to grow but by the third or fourth week you should start seeing enough growth to shave it. How fast your beard grows depends on genetics so the time may vary between individuals.

At what age will I be able to grow sideburns?

Looking how to grow sideburns at 14? You might not be able to grow full, nice-looking sideburns until later. All teenagers and men grow beards differently and no two beards are the same. With so many beard styles to choose from, we recommend you pick styles for your beard growth stage for optimal results.

How long should my sideburns be?

Gillette’s Berlin Factory: Over 80 Years of…

How to Tackle Blackheads

How to Shave Your Head

How to Shave Your Armpits

How to Use Beard Balm Properly

How to Get a Mutton Chops Beard